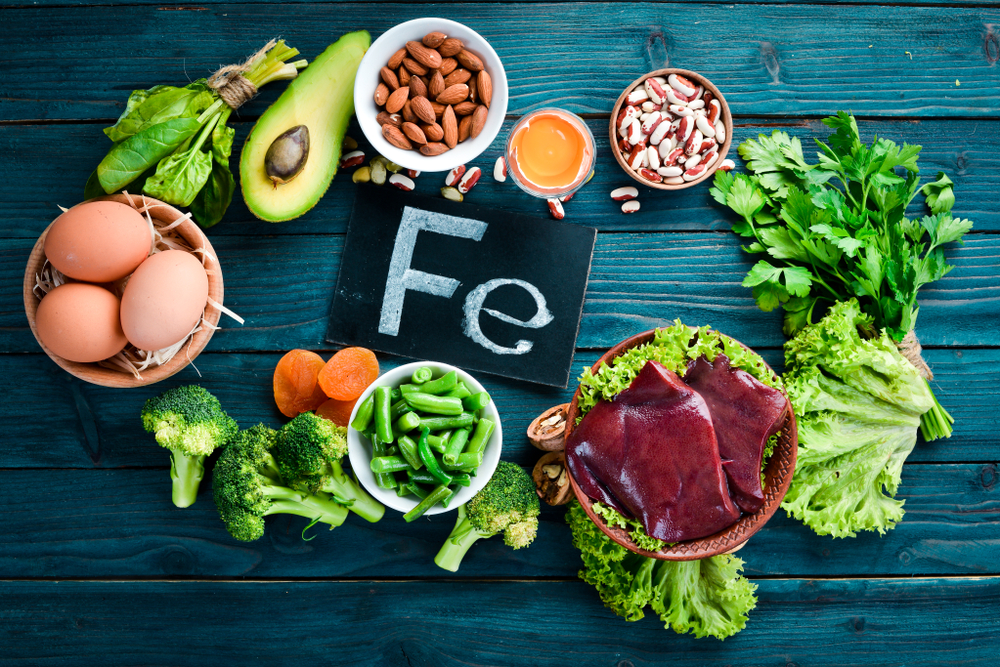 Iron is a vital mineral for all human beings. It is so essential for life, that even a slight variation from the optimal range can affect almost every aspect of health, including growth, immunity, energy levels and even the body’s natural detoxification process. Ironically, iron is also extremely toxic. It is crucial, therefore, that we not only consume adequate quantities of dietary iron, but that we are also careful to ensure that all iron consumed can be tightly bound, handled and transported within the system without harming sensitive tissues or damaging the immune system.

H.L. “Sam” Queen M.A., C.C.N., C.N.S., of the Institute of Health Realities in Colorado, USA, at a medical seminar in Brisbane, described it like this: “Suppose iron is like a tiger. Just as tigers are strong and full of vitality, so iron is needed for might and vigour. But a tiger on the loose is very dangerous, even deadly. So too, is iron. When iron levels are unmonitored or mismanaged, the groundwork is set for degenerative disease, metastatic cancer and nearly all infections. An altered iron status may underlie almost all health conditions, from anaemia, to every cancer, disease, infection and toxicity. We can, however, successfully coexist with both tigers and iron when they are properly confined and monitored.”

Many foods contain dietary iron. Meat, fish, poultry, eggs and certain plant-based foods contain significant levels. When these foods are consumed, the digestive system treats the iron like a zoo-keeper treats his tigers. The iron is carefully bound, then caged in holding -cells called ferritin. Our systems make sure that, as much as possible, loose tigers will not free to roam within our bodies. Ferritin is a sphere molecule which can hold approximately 4500 iron ions which are separated by protein partitions. Ferritin molecules are usually made up of 63% protein and 27% iron. If the iron levels exceed 27%, the molecules go out of shape. Sam describes these as cages bent by too many tigers fighting within. Overloaded and distorted ferritin molecules are referred to as hemosiderin. 1. Their irregularity promotes inflammation and elevates liver enzymes. This condition often occurs in those whose protein intake is so inadequate that the body is unable to make sufficient ferritin molecules. Subsequently, the ferritin molecules that are available will store extra iron in an effort to hedge against anaemia.

Iron is of little value when caged in ferritin molecules. It must be released and transferred into cells to do its work. When a cell requires iron, it communicates its need by displaying a receptor. A copper-rich protein known as ceruloplasmin (the handler) enters the ferritin molecule (the cage) to release iron (Fe2+) ions (the tigers) by changing them into ferric (Fe3+) ions. They are still tigers. It is important to note that the release of stored iron can be compromised if the diet is deficient in copper and protein.

Once free in the bloodstream, these ferric ions are leashed by proteins called transferrin 2 (the transporters), to be transported to the sites expressing receptors. These receptor sites are plentiful when iron is in short supply and suppressed when iron supplies are ample. 3. Each transferrin molecule has two binding sites (hooks) that make it capable of leashing two ions of iron for safe transport.4. Just as it is dangerous to have tigers escape during transport, free or unbound iron ions would harm sensitive tissues and destroy white blood cells as they travel through the bloodstream. Free iron also promotes harmful bacterial growth and cancer cell proliferation.

As a safety measure the body maintains a fleet of three times the necessary number of transferrin molecules, constantly circulating throughout the bloodstream. Accordingly, no more than one third of all these transporters will be occupied at any given moment, provided adequate protein is available to produce them in the first place. If a blood test reveals a transferrin saturation higher than 33% and a low total iron binding capacity reading, one would suspect the presence of free iron and a possible protein deficiency.5

Upon docking with the receptor, transferrin and its load of iron slide into an acidic pocket where the iron is transferred into a double padded holding-cell within the cell. From here it can be used to produce haemoglobin or other compounds as needed, or if necessary, it can be rebound.5

As we can see, the body is extremely careful in its management of this essential, yet toxic element. When iron deficiency is suspected, one needs firstly to look at protein status, as protein is the key to proper iron storage, handling and transportation. When dietary protein is inadequate, the body will either urinate iron out as quick as it is consumed or it will face the risk of a destructive assault by free unbound iron. Blood chemistry readings indicative of iron deficiency include low serum iron, low saturation percentage, low ferritin, high total iron binding capacity and low mean corpuscular volume (MCV), occurring with or without anaemia.

If the diet is low in iron over a long period, or if there is excessive blood loss, the red cells will become small. Over a long period, iron deficiency can result in a low haemoglobin reading, low hematocrit and low red blood cell count. In such cases, iron supplementation should be considered only when protein status is adequate, acidemia has been remedied and intestinal mucosa has been re-established. Otherwise iron supplementation could produce a state of free iron toxicity, resulting in infections, heart disease, high blood pressure, cancer and numerous other diseases.

If iron deficiency is suspected or diagnosed, it is important to increase the consumption of foods that are rich in iron-binding proteins, such as cultured dairy foods (rich in lactoferrin) and organic eggs (rich in ovotransferrin).6,7,8. These foods are also beneficial for people who eat iron-rich foods in excess and those who have an excess of free iron in their system or have health issues related to poor iron absorption. A diet that is high in refined carbohydrates can also adversely affect iron status. Sugar, for example, can draw iron out from the ferritin molecules, basically releasing tigers into the bloodstream. The French and other European nations traditionally eat soft cultured cheeses after consuming something sweet. Basically, they are using the lactoferrins to bind up the free iron that was released by the sugars.

In over thirty years of clinical practice, I have seen hundreds of cases of iron deficiency that were diagnosed based only on partial iron studies. These people were given inorganic iron supplementation, such as Ferrous Gradumet, while their protein status or intake was not even addressed. The supplements often increased free iron in the system, resulting in infections, heart disease, blood disorders, cancer and other illnesses.

Dietary iron is essential for life, but we must never forget that iron is highly toxic. The body knows how to deal with it when we provide it with proper nutrition. If iron status is altered, then we need to look at our lifestyle and correct the building blocks before we go flooding the system with excessive free iron. At Living Valley, the natural correction of iron status forms part of the plans we provide for a long and healthy life.