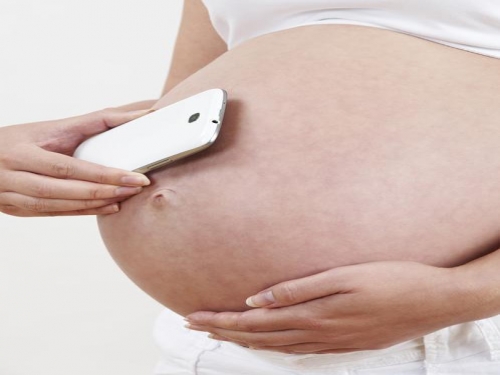 Do you know that mobile phones use electromagnetic radiation in the microwave range to transmit and receive information? Everytime the power is turned on; mobile phones emit electromagnetic radiation – even in stand-by mode. Cell phones, WiFi routers, blue tooth, DECT phones, home alarm system, baby monitors and other wireless devices also use microwave radiation. The biological damage caused by these devices is not only related to thermal heat but to the modulated signals carried by the wave itself. The International Agency for Research on Cancer (IARC) has classified radiofrequency electromagnetic field as possibly carcinogenic to humans.

A study from University of Utah by Dr Om Gandhi shows how radiation penetrates the skull of a 5 year old child (75%), 10 year old (50%) and an adult (25%). It is quite evident that the younger the child the deeper the penetration due to the fact that their skulls are thinner and still developing. What more to a foetus if you’re pregnant . Bone marrow in a child’s skull absorbs 10 times more microwave radiation than does an adult.

High amount of radiation is harmful to the body by damaging cells, body tissues and DNA. Our cells treat mobile radiation as a foreign invader. The cell membrane around these cells becomes imperturbable and the nutrients can’t get inside. Toxins and cancer-causing free radicals can’t get out causing the cells to lose their ability to function, damaging the DNA. The cells die eventually —which damages the tissues, which in turn damages organs.

A recent study made at Yale University concluded that exposure to mobile phones prenatally and postnatally was associated with behavioral problems like hyperactivity, ADD, ADHD and autism. Autonomic nervous system expert Dr. Dietrich Klinghardt has noted that radiation can alter certain genes in the mitochondria that are responsible for creating more than 90% of the energy needed by the body to sustain life and support growth. Mitochondrial disorder which includes muscular atrophy and severe developmental problems can then be passed on to the child.

Mobile phone radiation may harm children or foetus if you’re pregnant. A study involving 90 pregnant women exposed to mobile phone radiation on telephone-dialing mode for 10 minutes a day during pregnancy and after birth had babies with statistically significant increases in fetal and neonatal heart rate. The researchers suggest that this may result from a physiological response to the pulsed magnetic fields, and recommend avoidance of cellular phone use during early weeks of pregnancy.

Tips to Reduce your Exposure to Wireless Radiation:
• Limit cell phone use. Turn off wireless devices when not in use or before you go to bed at night.
• Avoid carrying your cell phone on your body (inside your pocket or bra). Use a radiation shielded pouch or protector case if you need to carry your mobile phone.
• Avoid placing your cell phone, wireless laptop or tablet on your abdomen.
• Hold the phone 2 inches from your ear when calling or answering calls. Talk on speaker setting or with an “air tube” headset.
• Avoid making a call when the signal is weak. Radiation is strongest when the signal is very weak.
• Avoid using your cell phone when travelling in cars, trains and elevators.
• Avoid using DECT phones use a landline phone instead.
• Streaming videos and playing games results in higher levels of radiation exposure. Download and then view or play after putting your device on “airplane” mode.
• Whenever possible, connect wired cables to a router or modem and turn off the WiFi feature on the router, before you connect your personal device.
• Unplug your home WiFi router when not in use.
• Avoid prolonged or direct exposure to WiFi anywhere; at home, school or work. If your job requires you to use a computer, position yourself so that you are not sitting close to the router or between the router and your computer.
• If your home or apartment or close neighbor has a smart meter, sleep in a
room as far away from it as possible.
• Shield your room with special carbon based paint and cover your windows with radiation shielding curtains.
• Install bed canopies or curtains with radiation shielding materials.
• Turn off electric blankets before you lay down in bed to go to sleep
• Buy a low radiation phone. Use FCC ID search form to learn more about your cell phone’s specific absorption rate limits.