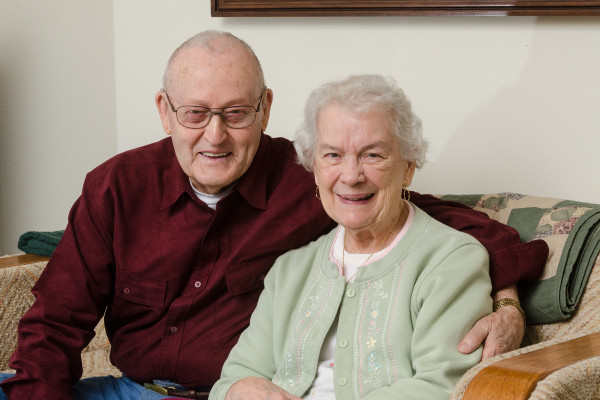 Australia is becoming one of the best places to live in with an increase in overall life expectancy for years and beyond. A study gathered from AIHW (Authoritative information and statistics to promote better health and wellbeing) shows that for both men and women alike have seen a steady amount of increase in each passing year.

The answer to this question is fairly positive. In fact, a global health study shows that Australian women are able to live almost four years longer today than they did back then in 1990. On the other hand, Australian men’s life expectancy rose by almost six years. A study done by Australian Bureau of Statistics showed that in 2012, the life expectancy of Australians at birth was 79.9 years for men and 84.3 for women.

The total number of deaths resulting from chronic kidney disease as well as Alzheimer’s disease is increasing by 134% and 126% respectively in the 23 years to 2013 which is claiming more Australian lives than before. Diabetes related deaths in the meantime, has increased by 101% in the same period. Even with these cases, a study found that Australia’s biggest killers are diseases associated with old age.

Australia’s number one killer is still the heart disease affecting men and women for the last decade and beyond as stated by Dr Lyn Roberts, National CEO of the Heart Foundation. Some pleasing news to hear is that the overall number of deaths dropped 31,869 to 28,869. Stroke however, remained as the second leading cause of death for today.

Back then in 1990, suicide was ranked number nine as one of its Australia’s most common cause of death but was removed out of the top 10 in 2013. Pneumonia a disease mostly associated with old age in Australia replaced it completely. In addition, the mortality from road injuries had also have a mark of decline which as decreased by 30% also removing it in the top 10.

Australian Institute of Health and Welfare (AIHW) released a separate study and found that between 1982 and 2014, the number of new cancer cases rose from 47,417 to 123,920 and prostate cancer, bowel cancer, breast cancer and lung cancer took a significant amount of increase. However, Justin Harvey, the spokesman of AIHW stated that this was largely because of the increasing size and age of the population as well as improved diagnosis techniques.

In 2007-2011, cancer rate survival has increased significantly with a five-year survival rates from all cancers combined rising from 46% which shows a positive sign of hope with regards to the treatment of cancer.

Australians dying from age-related illness shows a positive sign of progress. The Australian healthy system and its endeavors to lessen and reduce the appeal of smoking also contributed to the huge part of Australia’s growing life expectancy.

In December of 2012, Australia’s world-first laws on tobacco plain packaging came into full effect. This resulted to all of Australia’s licensed cigarettes to have a dark brow packaging and also provide their very own large graphic health warnings. It is also quite hard to purchase and acquire these cigarettes as they are often sold in standardized drab. Looking them at in its actual form will make those who are planning on starting smoking to think twice and hesitate before trying out this new venture. Additionally, tobacco advertising, promotion, sponsorship and the likes are all prohibited national and sub-national laws.

Dr Alan Lopez an author of the research and a laureate professor at the University of Melbourne said that many of the non-age-related illnesses in the top 10 could be attributed to smoking. In 2013, men took a greater toll with lung cancer which resulted to killing 5,927 of them compared with 3,436 women. A silent killer indeed, smoking also increases the chance for strokes and other types of cancer to develop, which lead to all the more reason to support Australia’s world-first laws on tobacco plain packaging.

A National Household Drug Strategy Household Survey conducted by the Department of Health of Australia showed a more concrete and visible positive effects of tobacco control. From 1991 to 2013, daily smokers aged 14 years or older was from 24.3% to 12.8% respectively. This means that smoking rates have almost reached half in the last 20 years, from 1993 to 2013 which is a very remarkable progress and improvement. This data shows that teens and younger individuals in Australia are now more conscious about their overall health especially with regards to the use of tobacco. With that said how does the date fate with those daily smokers aged 18 years or older in Australia?

In another table gathered, National Household Drug Strategy Household Survey also showed quite a positive sign regarding daily smokers aged 18 years or older from 1991 to 2013. From 1991 to 2013, the percentage of daily smokers aged 18 years or older was from 25.0% to 13.3% respectively which is still a very remarkable number today.

Tourist and visitors who may be off put with Australia’s strict regulation with regards to the use of tobacco should see the improvement of Australia’s overall life expectancy to see the results.