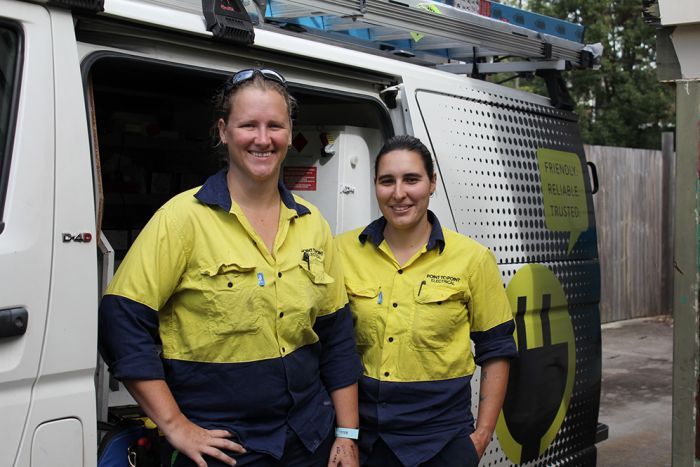 Finally, things are changing in some of the most male dominated spaces in Australia. Tradies and the building industry have traditionally contained blokes, blokes and more blokes. This clique has been an exclusive and often brutal club, where only meat heads in utes need apply. The days of the porno calendars in the workroom and the wolf whistling at female passer-by’s have come to an end. Female tradies: inspiring women electricians, plumbers in Australia is here to stay. Sure, they remain a distinct minority in 2020 but the tide has turned in their favour. Young girls are playing AFL, cricket and rugby; and, now, they can aspire to wear the overalls of plumbers and sparkies.

Girl Power Turning on the Lights

International Women’s Day is celebrated on the 8th March each year; and Australian Government figures indicate that as of January 2019 there were just under 6 million women working in Australia. This compares to around 6.8 million men working at the same time. In the construction industry men continue to dominate with 88% of jobs versus just 12% for women. In manufacturing women have a 28% share. These numbers are not akin to those with women in more typical industries, such as being Instagram influencers. These statistics are courtesy of the Australian Bureau of Statistics (ABS) circa September 2018. Obviously, there is still a long way to go in terms of achieving equality in the workplace for women, but gains have been made.

The more women who enter the trades will spark further growth in the levels of female participation. In fact, when we get women running tradie businesses as electricians and plumbers, then, the face of the industry will really change. Training for lady tradies is still in its infancy but there are positive signs to see. I am sure that there are already many female sparkies as good as the highest quality male electricians in Sydney. Women are, generally, cleaner and better communicators in their work. Who is going to baulk at tradies, who actually clean up after themselves?

Since the release of the 2009 white paper “The Female Tradie,” workforce participation has risen by around 10%. Negative stereotypes about weak women in the manual trades have been beaten back by new realities emerging. The Neanderthal attitudes of many of the male tradies have become less prominent and the market is warmly responding to female tradies. Australia is in many ways, a very conservative place in terms of workplace beliefs and attitudes. Much of the backlash against things like political correctness is really a smokescreen for a defence of prejudicial behaviours in our culture. Women working in traditionally male occupations is one of those prejudices. Change, however, is happening, even, in the tradie realm.